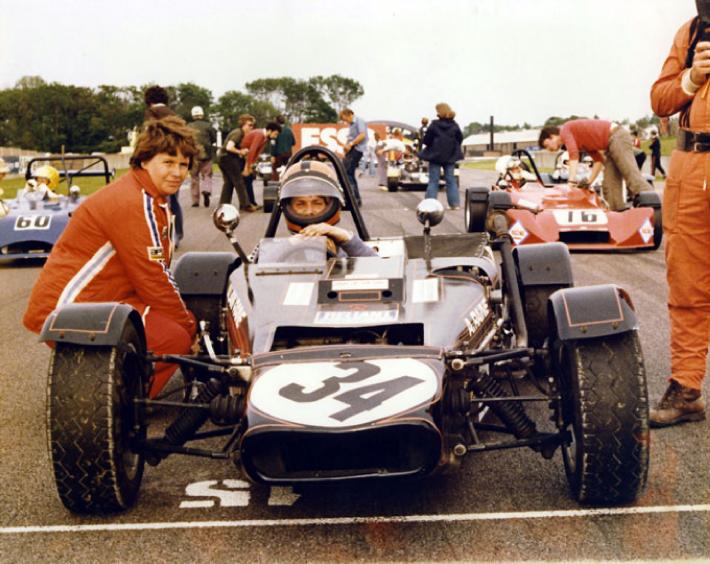 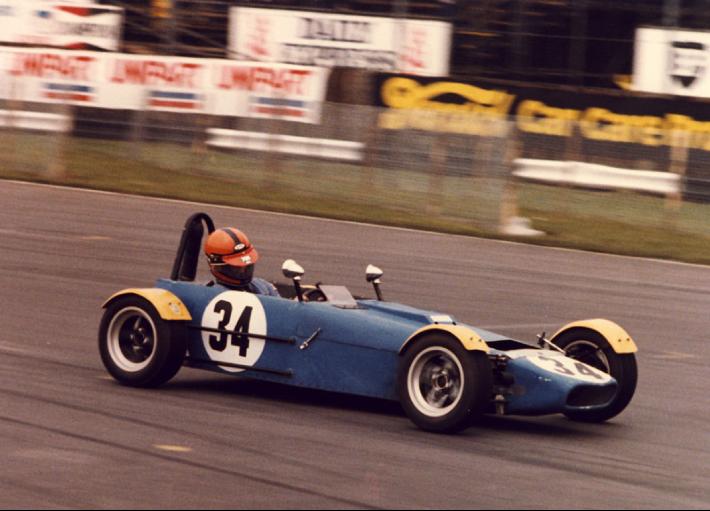 I ran a DNC Mk9 in the 1979 750 Formula Championship run by the 750 Motor Club. As a complete novice it was a little difficult entering a competitive series with an 8 year old car, but it was fun and more important CHEAP! I tended to start towards the back end of the grid, but it was still fun and the 750 crowd were a good bunch, always helpful and happy to give advice.

My first ever race - at Silverstone

A new paint job! On the grid at Donington with a few of the Marshals who knew me from my days on the bank. One of my better grid positions of the year - but it all ended in tears as I was forced into a spin at the chicane on the first lap and was hit by another car.

Recovering from a spin at the Mallory Park hairpin

In the wet at Silverstone

Silverstone again, but this time in Nev Cooke's Trans Brit. My car broke a half shaft in testing the day before, so he kindly lent me his car to race....

....It was interesting to drive another car. It handled differently and had a quicker engine. Unfortunately the Distributor worked loose on the first lap so it was a short race!

For 1980 the DNC was totally rebuilt and modified.

It didn't always want to start...

An accident at Cadwell Park did some chassis damage, broke the rear axle, my helmet and various other bits and pieces!

1981 proved a difficult year starting with a broken crank at Lydden Hill. After another engine went at Mallory I had pretty much run out of money, so only did a few races. This is the last at Snetterton.

...and sometimes didn't finish a race (The head gasket went)

The end of a hard year!